It is the story of South East Asia’ s least explored and one of the most delightful ancient city of Luang Prabang, city of saffron color which associates for me with Nirvana when I think of  the days I spent in Laos….

Ancient Kingdom of Lane Xand (Land of Million elephants) is todays Laos  known with its serenity and kindness. ” On south, Mekong River forms border between Thailand while Annamite Mountain separates Laos and Vietnam on the east. The other countries sharing border with Laos is China on the north, Myanmar on the northwest and Cambodia on the South.By its approximately 7 million people, Laos is the least populated country of South East Asia.” (Destinations Laos)

Majority of Laotian people follows Theravada Buddhism which is the ultimate achievement of the faith is to reach Nirvana without reincarnation. Meaning good deeds and kindness is a path  to ultimate happiness. It is possible to feel this belief is very well practised by Laotian people’s  mild and kind nature. Maybe because of all the life in Laos is moving without rush and in unusual peace. From the moment which we have arrived to Luang Prapang, me and friends all felt we were in different time zone which seconds move in slower rhythm and even if it seemed to hard to adjust immediately we happily accept it into our bloodstream. I think there is no better way to meditate a western mind rather than taking  a spiritual trip to Laos especially to Luang Prapang! 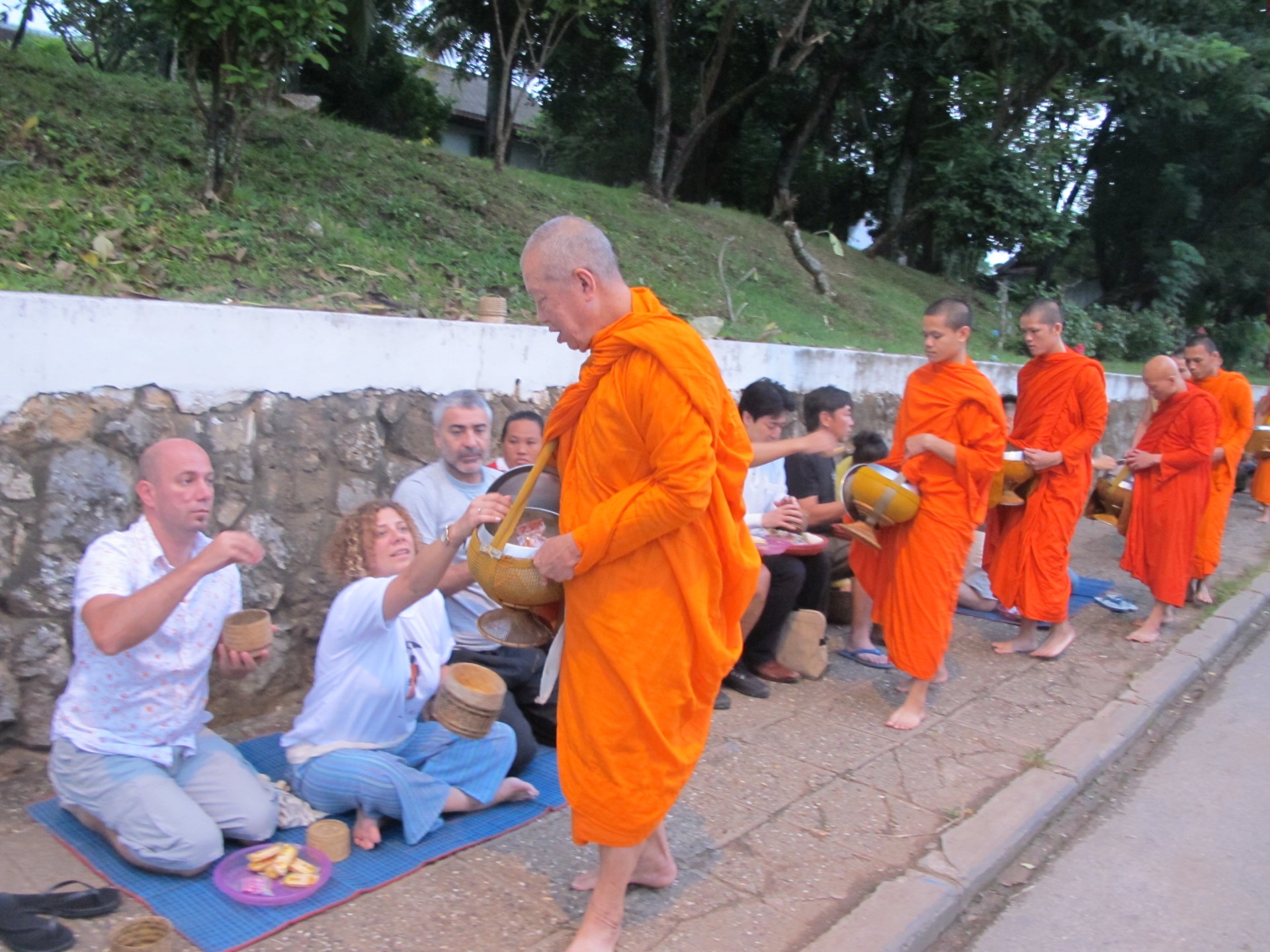 Now, when I think of Luang Prapang, my mind calls orange color immediately. It must be the Buddhist monasteries and the Monks which uses this color dominantly and caused me to make this link I believe. By the strong vibration of the orange color, the spirit flows its energy through the city and calls for Nirvana.  What a bliss to be part of that??

To me, our Hotel Maison Souvannaphoum which we have stayed to adapt  strong Saffron color into its contemporary decoration in a pleasing way.  The Laotian palace’s  architecture and decoration was combined  the French, Indochinese and Lao Style in the property gracefully.  At night, looking out from my balcony was overwhelming, the silhouettes of trees  and a great historical building under the tranquility of moonlight took me to a different century which I had not known before. The deep serenity in the quite night interrupted by a not known bird’s sound made me ask myself if what I go through was Nirvana? When I recall  the moment, saffron color wall decoration piece  at the backyard across to my room flashes backs in my mind.  That is why to me now Nirvana has Saffron color….. 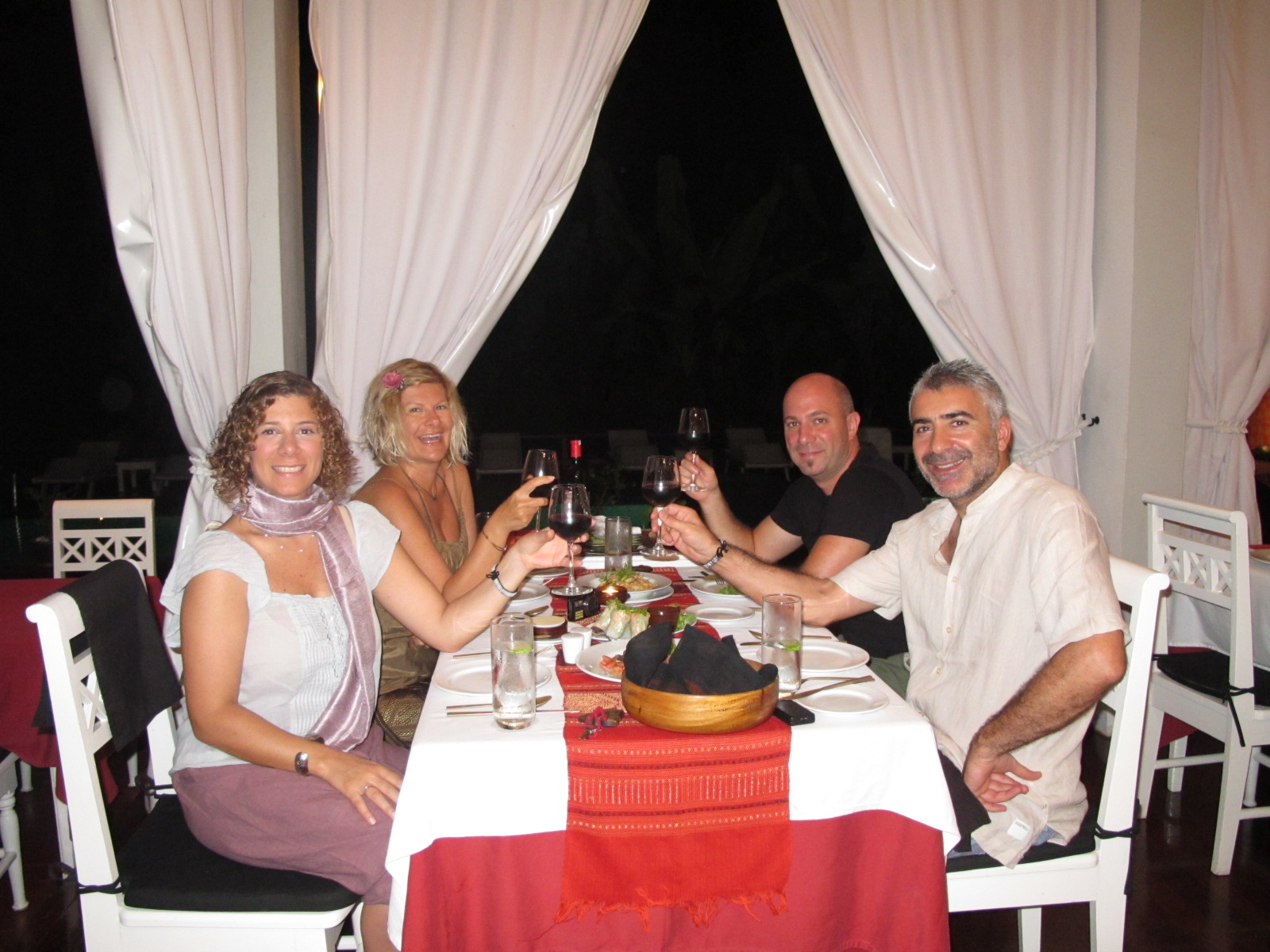 The people portraits of  the country are painted by 49 ethnic minorities of Laos. The group embraces each other by kind understanding. Looking at them is enough to see the naive beauty of their minds. Laotian people do not afraid to use colors on their outfits rather prefer to use bright  colors which decorates their pretty faces. 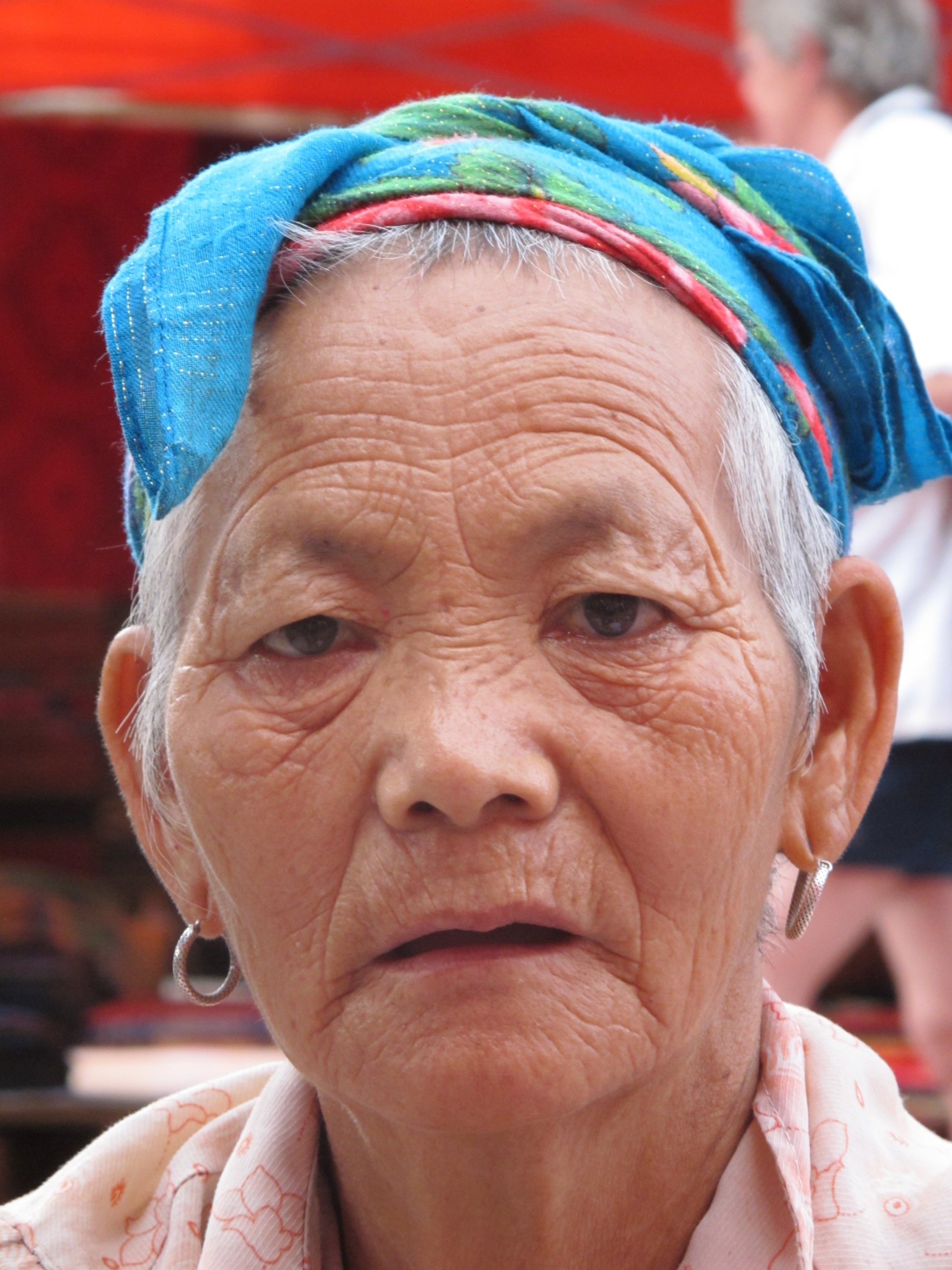 The hill tribes of Laos have strong craftmanship skills.  The astonishing hand-woven textiles made from local silk and cotton. Many of them feature religious and spiritual themes. At a first glance, they may look modern however they content variety of  different meanings such as tantric diamonds protects from evil spirits, mythical animals and lion-elephants have metaphysical meanings for Lao-Artisans. Natural dye process is still very common on daily life dressing. For instance,  the saffron color robes which Buddhist monks wear are all natural dyed by local plants. On the contrary, Buddhist nuns wear white no color robes.

Another strong craftmanship is used to style wood and considered as one of the major handicraft of Laos. Laotian tropical forest grows Bamboo, teak, rosewood and Tiger-wood(Tropical wood which has a light blonde color with black stripes) trees. Wood is a dominant architectural material used in this tropical province. 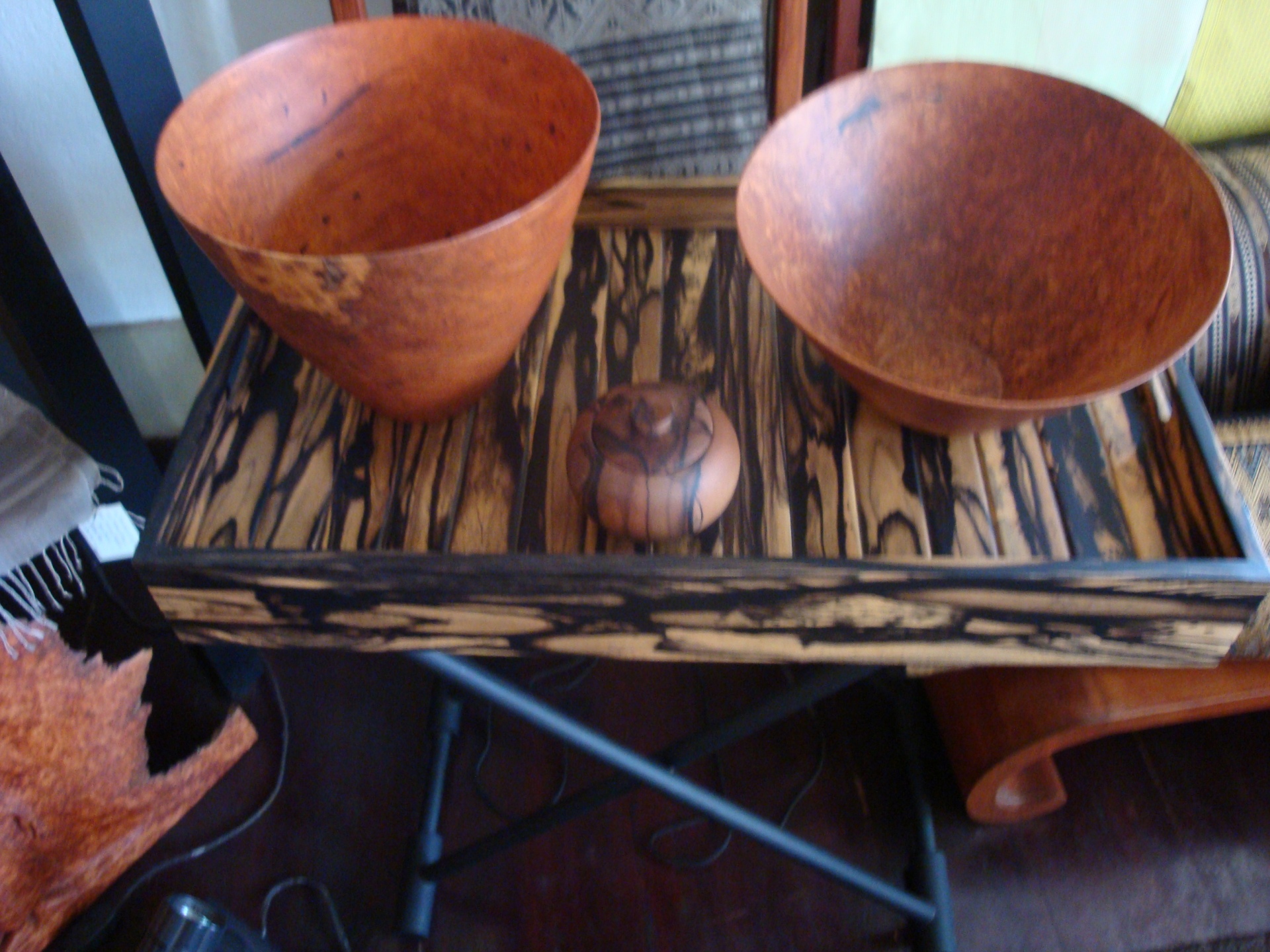 It is possible to see all sorts of magnificent Buddha images out of these woods as well as metal.In fact, I was astonished when I saw over 5000pcs. of Buddha images in the Sacred Buddha Cave by Maekong River. How could they be collected so much in high variety over the years by so much love and respect? One not same as other, all different sizes, different materials, different styles but all Buddha objects and one common is full of grace and good spirit. Goes back more than 100 years of collection… 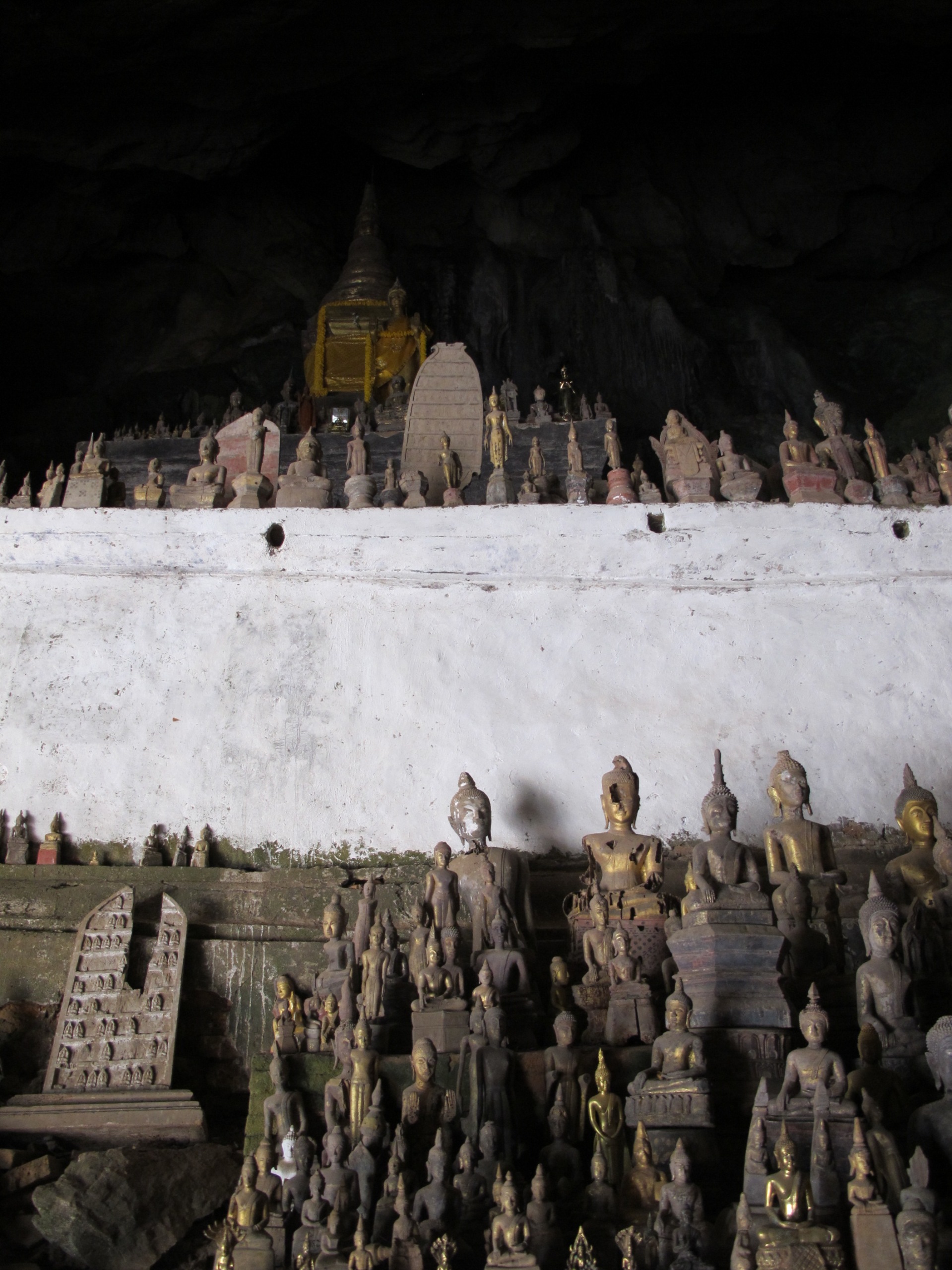 Finally, the stunning city of Luang Prabang  which is also known as city of Temples is known as one of the smallest city in the world. However it is an ancient enchanting scenery of  UNESCO World Heritage Site. The architecture of the city contains Buddhist Wats, French colonial buildings as well as local South Eastern tropical houses.

There are many well-reserved 19th century French colonial houses from the past and some of them which are mostly in city center are renovated and being used as Restaurants, Bars, Cafes and Hotels. It is surprising to see strong connection with French style all over the city. Influence of French culture can be seen and tasted in rich refined Laos  cuisine as well. 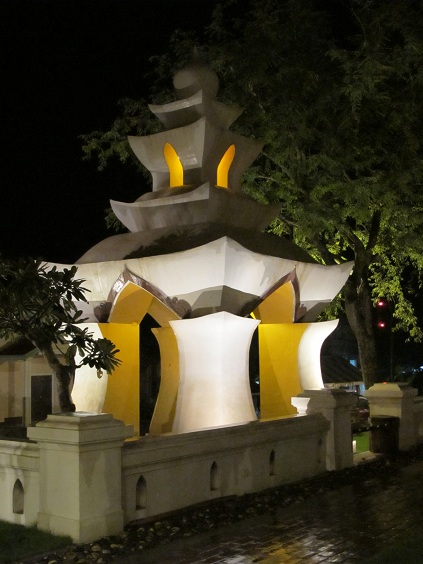 Streets and Architecture of Luang Prabang

Such country and beauty of human soul should be rewarded by kindness and respect from the world. Lovely people, most relaxing natural beauty accented by a strong energy of Saffron color. That was my unforgettable trip to heaven on earth…

6 thoughts on “Nirvana has color / Laos” 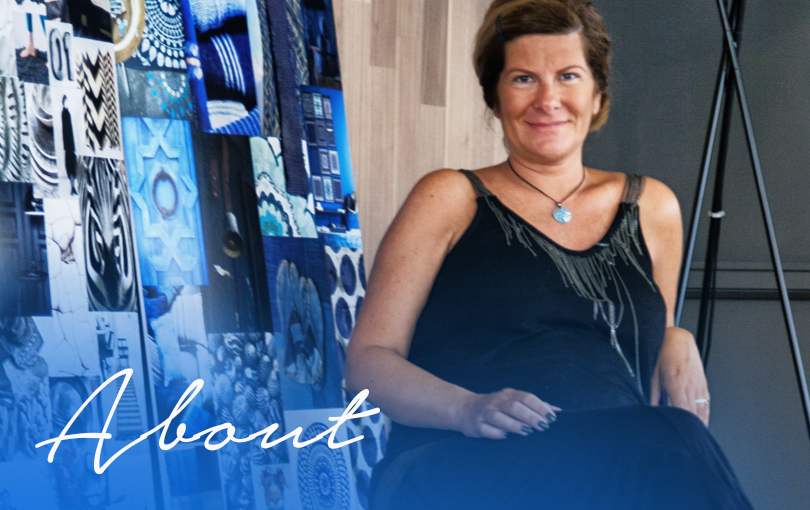