We are all very happy to be part of the Istanbul Design Week which is going to be held at old Galata Bridge and on the streets of Istanbul in between 28th of Sept. and 2nd of October 2011.  I m most impressed by the high performance of DDF‘ s hardworking team and their motivational support  to designers to make this event as an artistic festive. The plans and  organization have been going on for quite some time now to showcase the successful design works and decorate the city by a contemporary and aesthetic vision. It is a fact that Istanbul proofed itself  that has already become one  of  a very important design capital in the world. By its welcoming soul, it is embracing new artists and designers from all over the world in the meantime acting as a home gallery for local designers and artists to share their performances by public on its streets.

As Designmixer, we had sponsored certain creative works of the organization. One of them is the street totems which we designed and ve been producing  to  place  in front of participant companies’ and store’ s gates during the week.  They  will be placed to 50 different locations of  the city and will be the symbol of  high positive energy of the Istanbul Design Week events.

While, a sincere hard work has been going on by all participants, I wanted to share with you the ongoing work by photos which we have taken in our atelier yesterday. I believe design theme gets more exciting when the processes (imagination, creation, application and production) are experienced. As many other designers I love to be at the kitchen to cook our ideas. So before totems are placed on to the streets,  see how we are having great time while producing them. 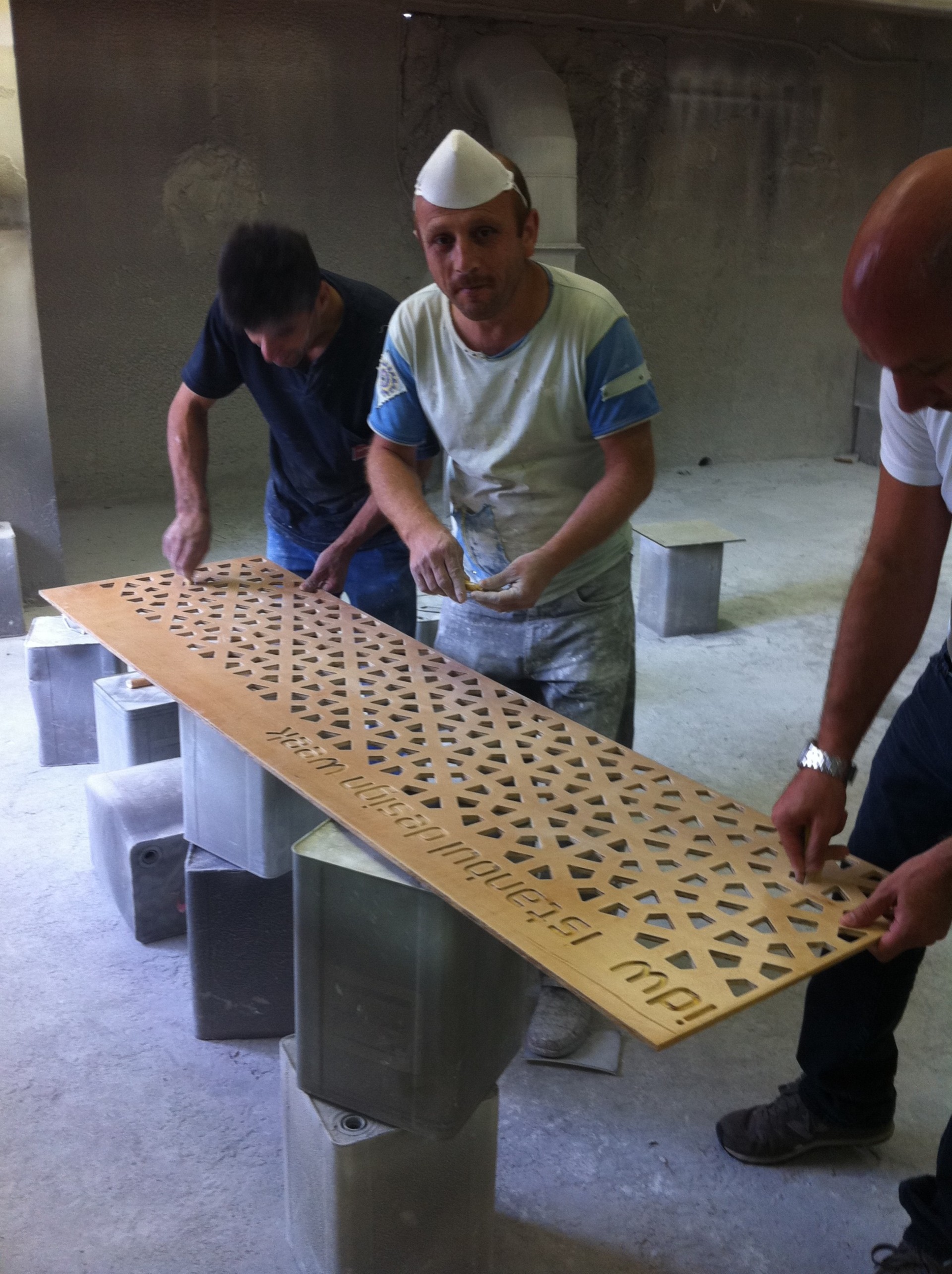 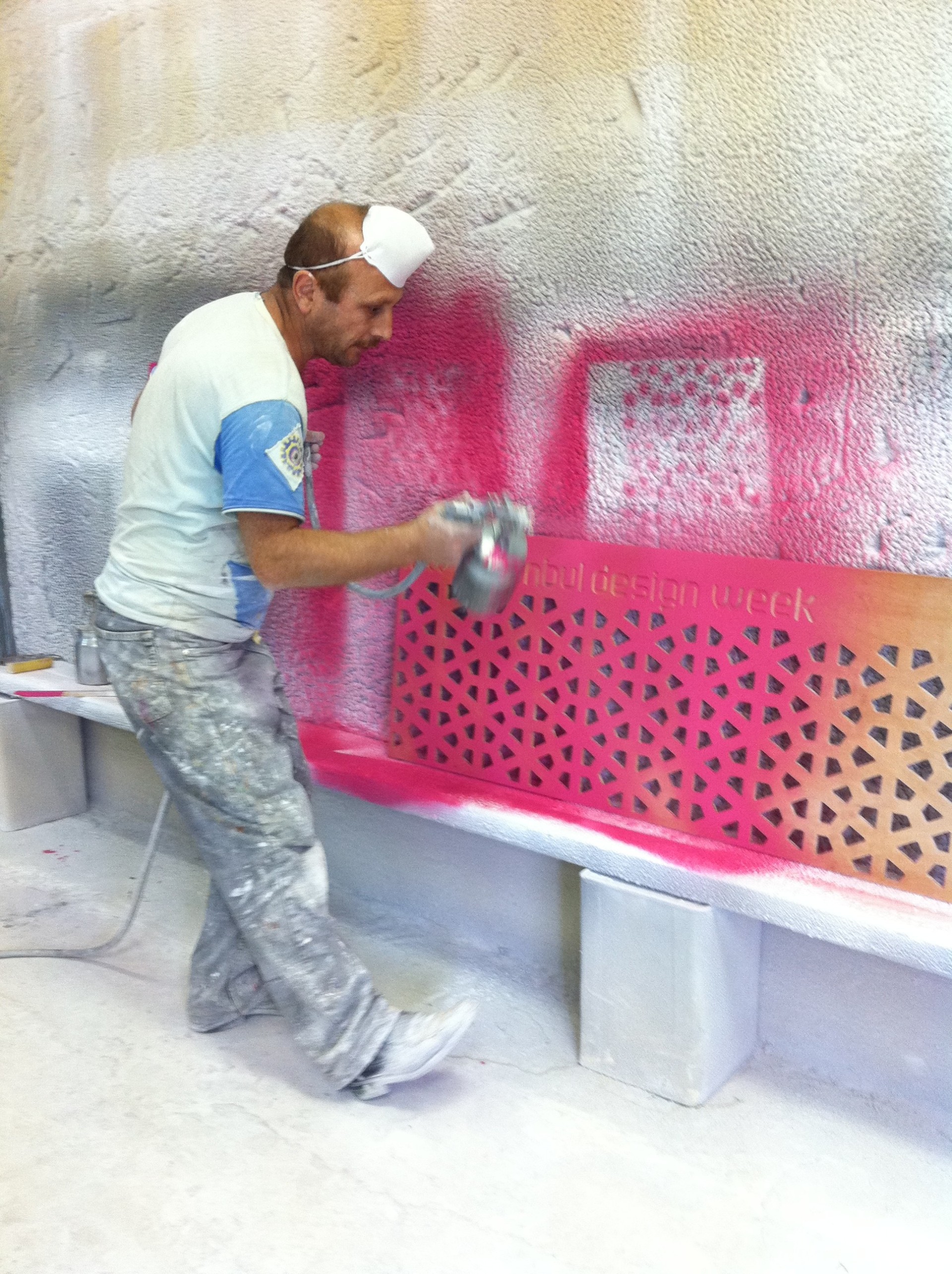 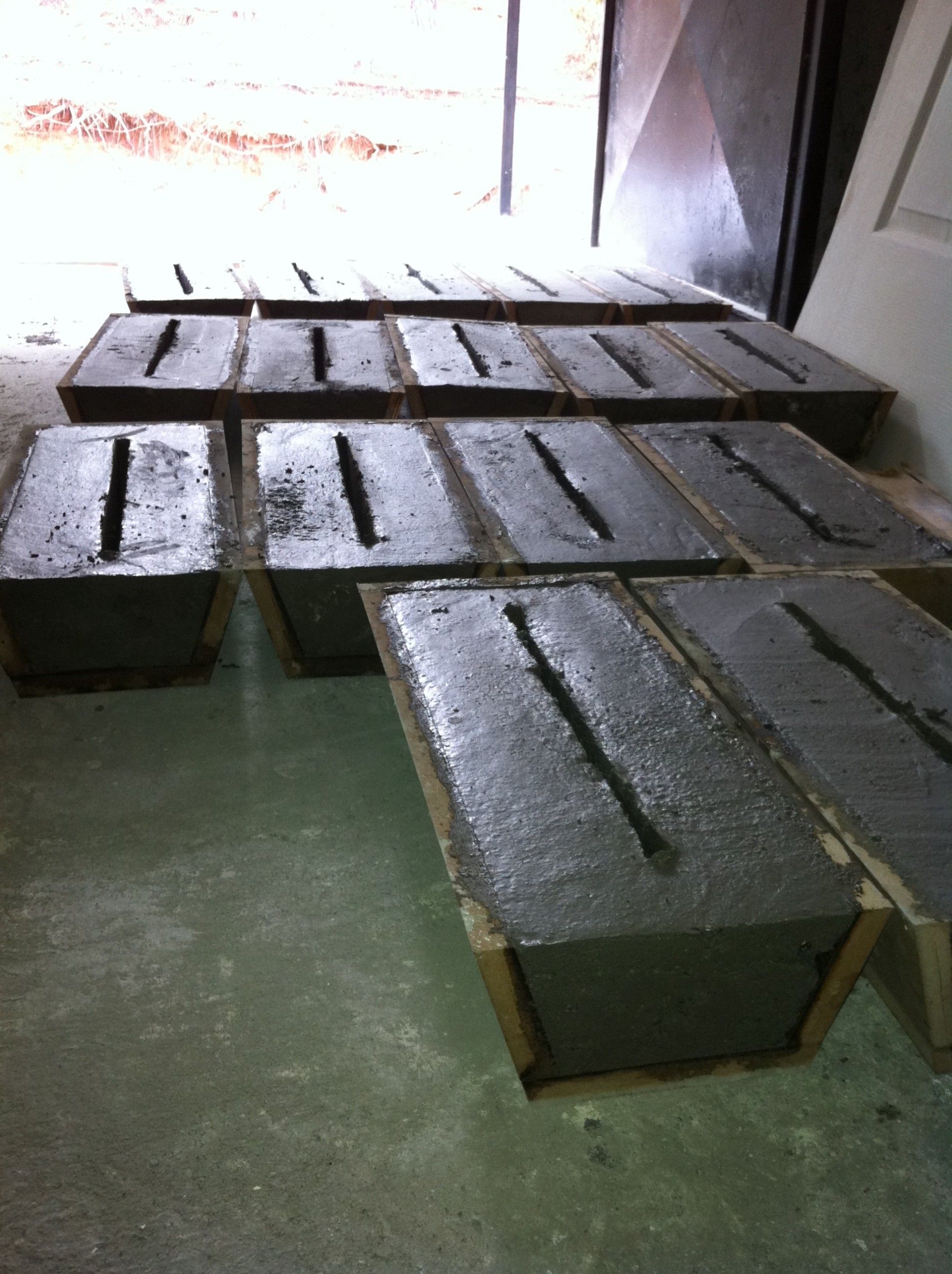 Many thanks to Designmixer’ s creative team, Barış Öztek, Sinem Samuray and Fatih Urlubay for the creative ideas and design work, also to Atelier coworkers for their nice labor work which has still been intensively going on to catch the date. See u soon on the streets and please don’t miss Design Bloggers Meeting on October 2nd which is being organized by Designmixer!!!